Zoltans Bass Lounge is a comprehensive online resource focused on teaching music to improve you as a bassist and musician. For great results you can take advantage of quality playalongs and download free sheet music in each course.

What is Zoltan's Bass Lounge?

Zoltan's Bass Lounge is a wide ranging resource of courses and lessons for bass guitar and double bass. Brought to you by world renowned professional player and educator Zoltan Dekany.

Covering subjects for beginners through to working professionals, there is something for players of all levels, abilities and aspirations.

Why join everyone in the Lounge?

When you join Zoltan's Bass lounge, you immediately get access to all free courses and lessons. And when new ones are added, you will be automatically enrolled on them so that you can work on them at your leisure.

There are premium courses available that cover different aspects of playing and musical content. Enrolling on a premium course will also give you access to a free consultation session online and all the free courses and lessons.

Why are you still reading? Join us now in the Lounge, pick up your bass, and let's get to work! 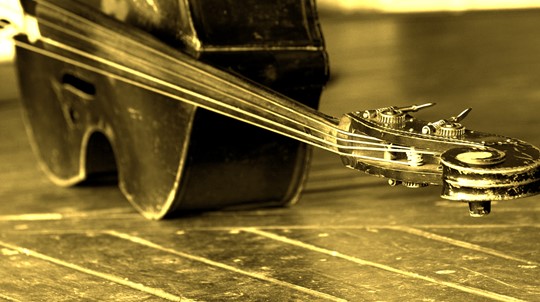 For the modern beginning and intermediate double bassist. This comprehensive course will hugely develop your skills and understanding of creating bass lines. You will learn to identify key centers, develop your ears, gain fingerboard knowledge, improve your sight reading and successfully build your own bass lines over the frequently used 2-5-1 progression.

This Course is designed to improve your soloing on electric bass by developing your general musicianship, knowledge/application of harmony and your technique through learning musicial content! It is divided into sections with different musical substance to guide you through in a comprehensive step by step fashion. The drum parts of the playalongs have been recorded by the incredible film sessions player Mike Smith, a great opportunity to play along with a world class drummer.

Mastering jazz for the intermediate to advanced double bassist. A comprehensive course looking at all aspects of the music, rhythm, harmony and melody. Blues double bass is also a key part of collection. Studying this material will greatly improve your sense of rhythm, jazz harmony, melodic knowledge and creativity.

What our students are saying...

"Having tried and failed to motivate myself with online lessons in the past I had begun to imagine that only time spent face to face with a tutor could work for me. I'm delighted to say that Zoltan's lessons have dispelled this idea completely. The work is a mixture of musical exercises, and longer more in depth sessions. The explanations are always concise and clear, and Zoltan is at great pains to ensure his students don't rush ahead too quickly without fully absorbing each stage of the lesson. As a consequence I felt there was no race to get to end, to learn something with which I could show off. Instead the courses have helped every aspect of my playing, from understanding just what musical effect intervals have on a piece to gaining a better understanding of the entire fretboard. Previously I had areas where I was reasonably strong, areas where I was sketchy and whole swathes of the fretboard like a map from the middle ages, just an empty space with a sign saying 'Here be Dragons'.

This is Zoltan's strength as a teacher. The things I have learned are not simply specific to one piece of music but rather enrich my knowledge of the bass as a whole. Everything I've learned has applications elsewhere, and is making me a better player. Don't come to Zoltan if you want someone to show off a dazzling technique while you look on insecure and belittled. Come to Zoltan for the best kind of learning; step by step, careful assimilation of knowledge."

Are you ready to join everyone in the Bass Lounge?

Gain access to all free courses, lessons and resources immediately. Get all new free material as soon as it is released, or continue to the Subscription section, choose your plan and access all content on our platform.